World-renowned filmmaker and feminist, postcolonial thinker Trinh T. Minh-ha is one of the most powerful and articulate voices in both independent filmmaking and cultural politics.

Selected essays Elsewhere, Within Here is an engaging look at travel across national borders – as a foreigner, a tourist, an immigrant, a refugee-in a pre- and post-9/11 world. Who is welcome where? What does it mean to feel out of place in the country you call home? When does the stranger appear in these times of dark metamorphoses? These are some of the issues addressed by the author as she examines the cultural meaning and complexities of travel, immigration, home, and exile. The boundary, seen both as a material and immaterial event, is where endings pass into beginnings. Building upon themes present in her earlier work on hybridity and displacement in the median passage, and illuminating the ways in which „every voyage can be said to involve a re-siting of boundaries,“ Trinh T. Minh-ha leads her readers through an investigation of what it means to be an insider and an outsider in this „epoch of global fear.“

Publication Elsewhere, Within Here is essential reading for those interested in contemporary feminist thought and postcolonial studies.

Co-funded by the Creative Europe programme of the European Union 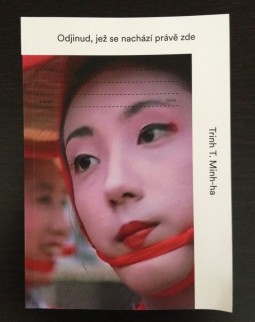