As debates over the Holocaust and Stalinism reappear in the wake of new examples of ethnic and religious fundamentalisms, controversial philosopher Slavoj Zizek examines our idea of "totalitarianism" in a confrontation with today's liberal-democratic consensus.

Totalitarianism, as an ideological notion, has always had a precise strategic function: to guarantee the liberal-democratic hegemony by dismissing the leftist critique of liberal democracy as the obverse, the twin, of the rightist Fascist dictatorship. Slavoj Zizek, addresses the prevalence of the consensus-view of totalitariansim, which invariably focuses on one of four things: the Holocaust as the ultimate, diabolical evil; the Stalinist gulag and the alleged truth of the Socialist revolutionary project; the recent waves of ethnic and fundamentalism to be fought through multiculturalist tolerance; or the deconstruction idea that the ultimate root of the totalitarianism is the ontological closure of thought. In exploring this cobweb of family resemblances, Zizek concludes that the Devil lies not so much in the detail of what constitutes totalitarianism but in what enables the very designation.

Notes
The book is translated from English original Did somebody say totalitarismus? by Martin Ritter 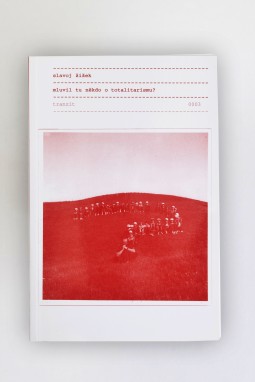