Tamás Király (1952–2013) came to light with his cutting-edge fashion performances at the beginning of the 1980s in the underground scene of Budapest. The counter-fashion designer, who mixed fashion with elements of the fine arts and of theater, gained his first international success in that decade. Already during the socialist era, he participated in fashion shows in West Berlin, Amsterdam, and New York. In 1988 in Berlin, he presented a refined, geometric collection alongside seven leading avant-garde designers, including Vivienne Westwood, Yoshiki Hishinuma, and Claudia Skoda. Király’s show, created under the motto “open doors,” was covered by prominent fashion magazines such as i-D and Vogue. Well before the German Stern magazine’s journalist named him “the pope of fashion” in 1990, Király had already been dressing the Hungarian alternative scene from his “punk boutique,”,New Art Studio, renowned for its moving window displays. He staged his fashion performances of unwearable garments in the Petőfi Hall of Budapest, accompanied by the music of the most progressive Hungarian new wave bands.

The research project initiated by tranzit.hu provides a glimpse into the first decade of Király’s career, which came to a tragic and sudden end in 2013. We started mapping the beginnings of his previously unexplored oeuvre by visiting and interviewing Király’s friends and contemporaries. In 2014, we organized the exhibition Open Doors: Király Tamás ’80s at tranzit.hu, mostly showing materials sourced from private collections. The aim of this publication is to augment the documents we unearthed during our research with a variety of perspectives that could aid the further interpretation of Király’s early years.

This book, intended as a first step in the scholarly interpretation of Király’s work, features images, documents, and texts that provide insight into the last few years prior to the collapse of the socialist regime. They evoke a period when artists in opposition, whose work belonged to the “tolerated” category, would still congregate in the Young Artists’ Club (Fiatal Művészek Klubja, Andrássy Boulevard, Budapest), yet to pose publicly in a hat that resembled the Parliament’s dome with a red star on top—like Király and his models did—no longer elicited any retaliation from the authorities. 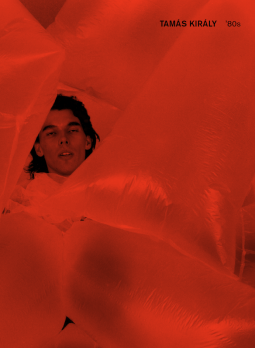