The first complete translation of a significant work on the history and present state of anarchy and parallel social structures.

T.A.Z.: The Temporary Autonomous Zone, Ontological Anarchy, Poetic Terrorism is a book by anarchist writer Hakim Bey published in 1991 by Autonomedia. It is composed of three sections, "Chaos: The Broadsheets of Ontological Anarchism," "Communiques of the Association for Ontological Anarchy," and "The Temporary Autonomous Zone." The book describes the socio-political tactic of creating temporary spaces that elude formal structures of control. The essay uses various examples from history and philosophy, all of which suggest that the best way to create a non-hierarchical system of social relationships is to concentrate on the present and on releasing one's own mind from the controlling mechanisms that have been imposed on it.

Special Notes: The book was published with support of the Ministry of Culture of the Czech Republic. 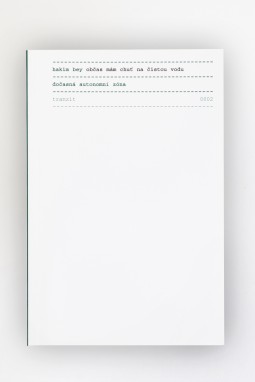