CORNER is a publication that approaches football from an interdisciplinary perspective, focusing on context and language. The third issue of the magazine opens a series of subjects such as the intersection of mass-architecture with technology, security and spectacle, the local context and perception of football through personal narratives, the shift of nationalism, the construction of myths, technologization of humans in professional gymnastics, the overlapping of hooligans, drugs and electronic music.

Cultural project co-financed by The Administration of the National Cultural Fund.

The project does not necessarily represent the position of the Administration of the National Cultural Fund. AFCN is neither responsible of the project content or of the way in which the project results may be used. These are entirely the responsibility of the grant beneficiary. 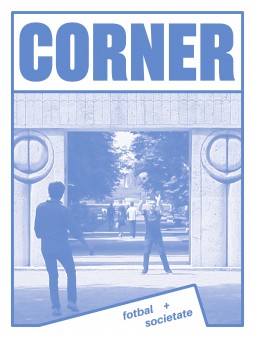