Round #7 begins with the exuberant joy of the players from the national street football team which won 3rd place at the Homeless World Cup 2019 and a contribution by Ovidiu Țichindeleanu about technology and video assisted refereeing in modern football. We propose analyses of the representation of players in the Women’s World Cup made by the Lyon team Les Débuteuses and of the financial relations in football and art made by the research group Against the Run of Play. We discuss the local scenes highlighting personal histories in Romanian football with Liliana Basarab and Ana Năstase and personal narratives around the polo scene with Iuliana Dumitru and the player Johanna Tóth, while Vlad Levente Viski writes about the relation between sport world and LGBT sportspeople. The visual contribution of Șerban Savu questions the representation of the supporters imaginary and Sorin Popescu puts into context the use of the body in manifestations of protest on the field. In the end, Z. Blace & Co. invite the reader to imagine the political and sporting future of Europe. 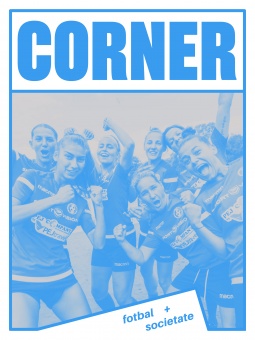