The revolutionary novel by the American critic, filmmaker and writer Chris Kraus lifts the lid on the New York intellectual scene of the seventies, eighties and nineties. It tells of what it is like to be a woman artist and makes no attempt to hide its autobiographical elements.

If the world denies women the right to speak about impersonal matters – says Chris Kraus, rejected by a male-dominated New York cultural scene – there is nothing for it but to write about oneself. No distance is necessary. The personal is political. The detailed examination of “unacceptable” emotions – infatuation, emotional dependency, self-destructive behaviour – then acquires a political dimension.
The main character of the novel is an ethical monster, a self-obsessed aging neurotic who projects onto Dick her somewhat adolescent romantic ideas without ever actually thinking about who Dick actually is. She appropriates him for her art project and the authenticity of her feelings is questionable to say the least. The vileness of her obsession is destined to fail. However, the desperate openness with which she describes her desire and her physical imperfections, sicknesses, unfulfilled artistic ambitions and life tragedies exert a compelling fascination as a consequence.

The novel is an honest confession of female failure and self-humiliation, the manifesto of a new type of feminist who is unafraid to push through her own narcissism to a responsibility for herself. Above all, I Love Dick is a wonderfully written work of art. 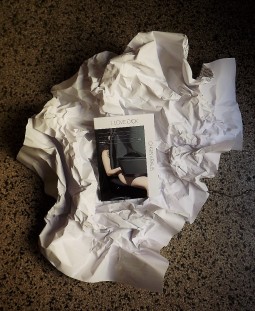