Barbora Klímová: Mutually. Artists and communities in Moravia in the 1970s – 80s.

The publication examines artistic phenomena on the peripheries of social affairs in the Moravian environment of the 1970s and '80s.

Each of the five chapters is dedicated to a single artist or pair of artists. In the environment of state-controlled cultural policy, the free-thinking artists of the then Czechoslovakia operated “on the periphery” of society. They formed various communities and alternative zones, and even alternative institutions. The text, therefore, also touches on communities connected by experimental creation, its environment and its context. The selected, locally-specific Moravian enclaves are here compared with similar ones in Bohemia and Slovakia. Mention is also made of the disparate situations in other countries of Eastern Europe, which similarly found themselves under pressure from the political
dictatorship. The examples relate also to the global conceptualist movement. 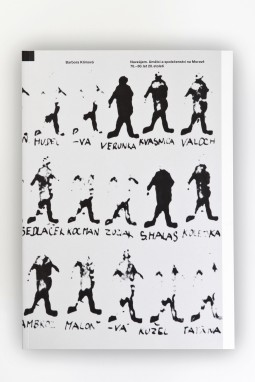