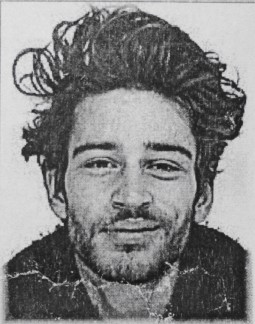 The proposed project is a research to form a collection of books and publications (zines and webpages as well), which are the result of artistic interventions in public spaces that happened on the territory of Romania and the Republic of Moldova. The collection will be the basis of a library (both physical and online), that will be placed at the sculpture department of UAD in Cluj Napoca. The idea of a library as a catalyst and an alternative to the stoned academic educational practices is one part of my MA diploma work, entitled neorînduială (wordplay in romanian, meaning disorder and new order in the same time). Taking place at the same institution, where by cleaning up the school’s garden, collecting and initiating students’ ideas for its’ many possible ways to effectively create places for social interaction, the project intends to engage them in building up their own environment.

My research started out strictly for books, but during this work it became obvious that the online content can not be neglected, since it is far more elaborate. During the residency I will also work on an online platform that collects and displays whatever is out there already, asking for more material from the people involved in specific projects, in order to structure it for founding an online archive, that can be extended further on. Several delicate questions might arise concerning the copyright status of these publications, since I intend to ask the intellectual owners and publishers to let me scan those books and put their entire content online. Are the material results of interventions in public space public?

Kopacz Kund (born 1991, Miercurea Ciuc, Romania) is studying visual art. He has been working with land- and nature art practices during BA at the Visual Art Department of Eszterházy Károly College, and on several projects, site-specific installations at several art camps in Hungary and South Korea, on figurative sculptures during MA studies, and is now developing a participative project at the University of Arts and Design in Cluj, Romania. He is also a photographer, engaged in capturing contradictory aspects of the same subject on one frame, presenting the photo as a standalone creation instead of a series.